Chiara Rubessi is a PhD in Arts & Humanities at the UGA University Grenoble Alpes (2016).

Her research focuses on the aesthetics of space (cinema, exhibition, museum, visual arts, urban space), with particular reference to the scenographic and architectural components.

Recently, she has worked on the analysis of the use of digital devices in various forms of visual arts.

Alongside her activity as exhibit designer (dedicated in particular to the field of exhibitions and events), she carries out a teaching and research activity between France and Italy. She published in several magazines and participated in various international seminars and conferences on cinema, visual arts, exhibitions design, and interior architecture.

She currently works as exhibit designer and she has collaborated with IDEA, Italian Association for Exhibition Designer. She also collaborated with Department of Progettazione dell’Architettura (DPA), Politecnico di Milano. Among other initiatives, she has been designer for the art exhibition “Edward Hopper” at Foundation Rome Museum (February-June, 2010). She was editor of the Italian online magazine autet.it (ended in 2013) and of interiorsforumworld.net, a web platform for Interior studies.

This VISUAL DIARY is an online “magazine” founded and edited by Chiara Rubessi. This magazine explores the different fields of investigation of the EXHIBITION DESIGN and reveals affinities and relationships through a point of view that starts from the practice of exhibition design to arrive at its in-depth analysis. Evolving its format over the years, VISUAL DIARY has become a platform for speculation and discussion for my work as a researcher and designer.  Opened in 2010 as an immaterial repository, VISUAL DIARY broadened its content and is currently configured as an visual space on the exhibition design. 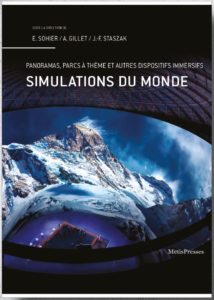